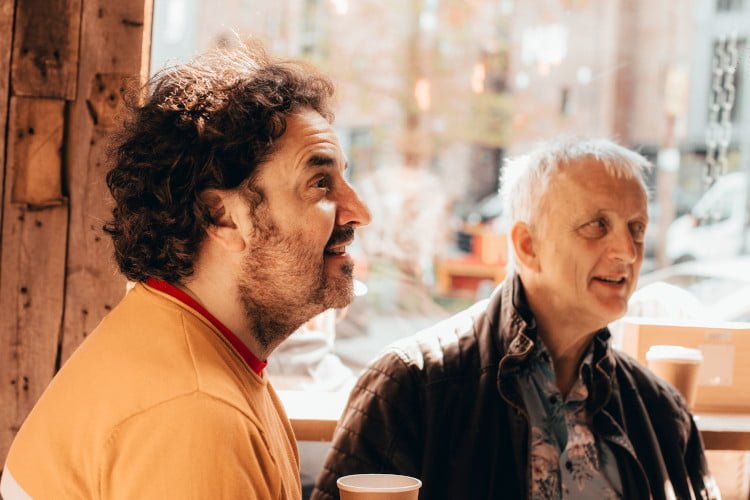 A new podcast, Misadventures In Music, has been launched by Amsterdam and Pele frontman Ian Prowse.

The Liverpool musician has teamed up with former BBC Radio Merseyside boss Mick Ord and The Baltic Triangle’s Russell Gannon to produce a series of shows exploring the stories behind music.

This comes after the singer/songwriter was recently inducted into The Cavern Club’s iconic Wall Of Fame, joining some of the biggest names in the industry.

The new podcast will provide listeners with a unique insight into his career, whilst investigating some intriguing topics.

The first episode sees Prowse and Ord delve into the history of protest music across the globe, investigating the soundtracks behind revolutions including Northern Ireland, South Africa and Nicaragua. Dipping in and out of influential songs and compelling conversation, it highlights the power of music to bring about change.

“To be recognized by one of the most prestigious venues in the world and to launch a new podcast project represents a brilliant new chapter for me. As many people know, I’ve had quite a colourful career and have performed alongside some of the biggest names in the industry, so I’m keen to share my knowledge and experiences, taking the listeners on epic journeys through music.”

Having performed alongside the likes of The Pogues and close friend Elvis Costello, Prowse brings a wealth of expertise and an abundance of stories to the podcast. With former BBC Radio Merseyside boss Mick Ord bouncing off Prowse’s quick wit, the shows will offer listeners a thought-provoking experience.

The Baltic Triangle’s Director and podcast producer, Russell Gannon said: “There aren’t many people in the industry with more stories and insights than Ian Prowse and his recent Wall Of Fame award is testament to his amazing career. The aim of the podcast is to tap into all that knowledge, whilst dipping in and out of some fantastic music.

“To have him on board for a Liverpool podcast recorded in The Baltic Triangle is really exciting and I can’t wait to unveil some of the fascinating subjects we’ll be exploring throughout the series. We also have some very special guests lined up so the conversations will be riveting!”

Misadventures In Music is available on Spotify, Apple and Google.

Celebrity Catch Up: Life After That Thing I Did podcast signs deal with Virgin…